Hi there, time for the altered Christmas tree ornament number four!! If you just found me – these were numbers 1, 2 & 3 :). 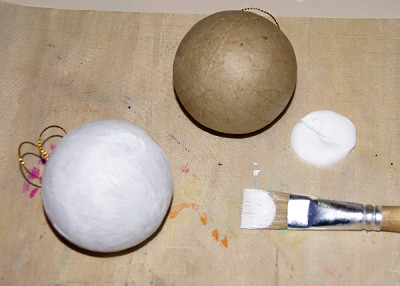 For this one, as for the previous ones, the starting point was the same. Cover the surface with white gesso and let dry. Next place the bauble into a cardboard box for misting. I used the Tattered Angels Marmalade Glimmer Mist tone for misting. I always let the surface air dry and sprayed two layers of mist over each other. The surface looks “old” with darker and lighter areas which gives it a more “vintage” look. 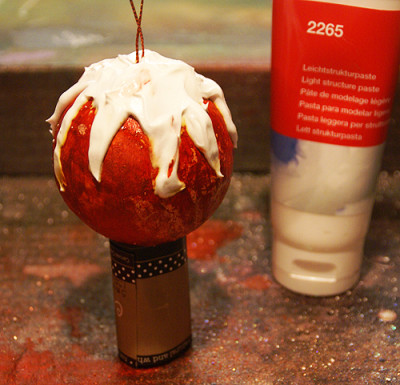 Next I wanted to add “frosting”, so I took a palette knife and applied light texture paste onto the upper part of the bauble. As it is a relatively thick layer, you will need to let it dry properly. You could use an empty toilet roll as a “stand” for drying. I just used a piece of packaging that happened to be left over from the first bauble project. 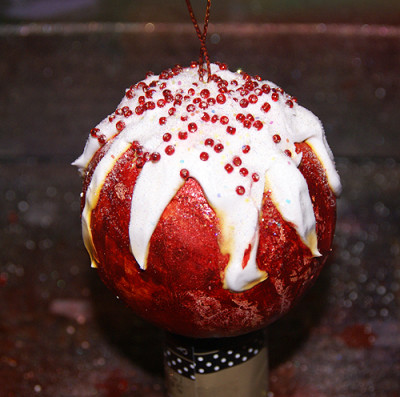 Before leaving the bauble to dry, I added some red micro beads and a fine layer of Multi Crystal Glitter Mix over the texture paste. When you leave it to dry it will in the end stick to the paste on it´s own. No glue needed. 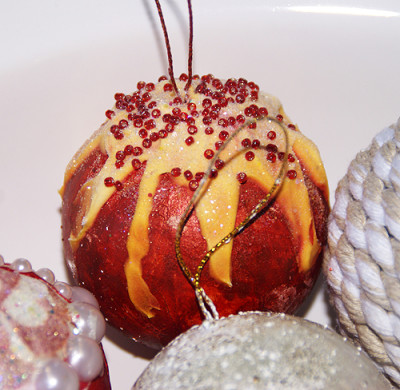 In the end when the paste has dried overnight, it will turn light orange as it absorbs some spray ink from the surface. I really like how the “frosted ornament” turned out. And this was the process behind bauble number four :). Only two left – see you in two days for ornament number five :)!!!